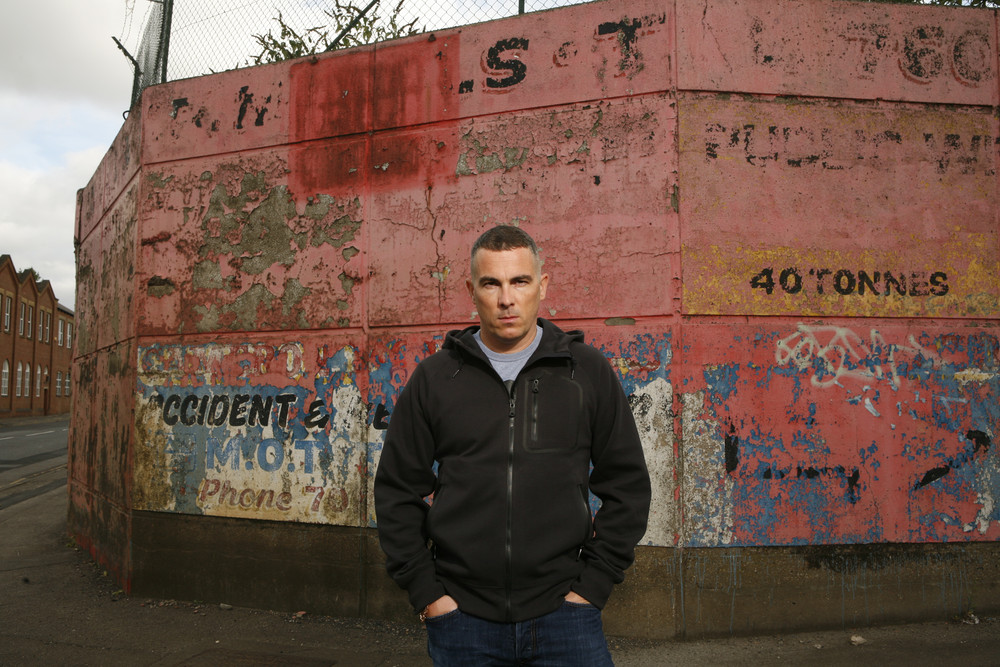 Matthew Brady  – Interested to know if Zinc realised 138 this was going to appeal to the UK Garage scene and start a new trend in that sound with the Bingo releases?

Josh Trenerry –  , hope you’re well. What’s your view on Independent/Major record labels nowadays? Would you say they are beneficial to up and coming artist or even an established artist?

Zinc – Cheers Josh. reckon for the massive majority its better to just do it yourself, the benefits the majors bring is diminishing as the technology develops. I guess at a certain level they can help with international distribution, and a good a+r person is really useful. But it’s not like the old days when they dictated everything.

William Martins –  I’d love to know more about your track creation process.
What comes first? The bassline? Break?
Also, how do you go about structure and arrangement?

Zinc – Beats (usually really rough, just for a start), then bass, make a bassline I really like, then add elements and work on the beats till I’m happy. Then arrangement depends on what I’ve done up to that point, but being a club DJ for so long usually means my arrangements are pretty standard.

Matthew Brady –  Alex Mills is one of my favourite vocalists. How did the collab with her on My Energy go Did the track come first and the vocals follow? How was the vocal recording process?

Zinc – My manager knew her so he set up the session – I made the track as a demo in advance and then we went to Sony studios to record the vocals, then I took the session away and finished it.

Jay Kaufman –  Speed garage never did much for me, but for whatever reason, the less wobbly bass house (typically UK producers) is a sound I really dig. American producers of this sound seem to swear by Massive for all of those aggressive wobbly mid-bass sounds. I can’t stand that sound and find it grating. I’ve enjoyed some of your Bingo releases. What are you using bass-sounds-wise?

Zinc – Absolutely anything – I use maybe 7 synths regularly, incl serum, massive, , , bass master, and so on, but then I’ve got a Moog, Juno, sh1, and a few other hardware synths that I use too, but also I use samples old and new. So basically, anything!

Louis Peake – I would also like to know any tips or tricks he’s willing to share on bass. His basslines in and the crack house stuff were always unique, warm and tight. Anything on bass technique would be great.

Zinc – I don’t know what difference it makes, but I put stuff through hardware – my bass buss usually goes through a loop trotter monster with a parallel distortion mix, then through a retro 2a3, then through a summing mixer, smart compressor, eq. I reckon you can replicate most of that in the box and it would be 95% there.

Sam Brenchley – thanks for the music, starting out mixing and looking for tips for mixing low end, I’m really struggling in this area.

Zinc – Thanks! I use eq and sidechain to avoid frequency clashes – using side chain really cleans up my mixes!

Eddie Bazil – Zinc, what’s your master bus saying ? Be interested to know how you structure your MB chain.

Zinc – Hmmm, before it gets into the box it’s usually out of summing amp, into eq then smart compressor. Then I record back into , and send the pre to Klaus. I usually try a pre-master, and occasionally the says ‘ I won’t get it much better, save your money’. But usually they do get it much better, and its something I consider to be money well spent! For my self master it changes, but usually it goes eq, buss compressor, eq for shimmer, stereo management, slight distortion, tape emulation, limiter.

Sebastian Sebmund Sebbery – Big ups Zinc!  For having done music for so long what inspires you these days?  What’s your favourite music outside of electronica?

Zinc – Jazz 😀 I dunno why I’m still inspired – but honestly when I wake up I can’t wait to get into the studio, I find it challenging and rewarding. I bloody love it.


Sebastian Sebmund Sebbery – What would you like to hear more of in dance music?  Is there anything you’d like to achieve in your career you haven’t yet?  Thanks for doing this man!

Zinc – I guess whatever I wanna hear more of I generally have a go at making. I just had a breakbeat track out with a grime mc which was fun, mixing genres to make something new. Its called ‘what I’m on ft .

Dick Johnson – to know what the process is with vocal tracks like Wile Out and Show Me (both of which still play all the time) do you write the track/beat first then send to the vocalist or get the vocalist in and work the track out around a vocal? Also, love to know what processing you use on your old school breaks when you mix them with 4/4 beats?

Zinc – Thanks man! Generally, make a rough demo, they write a song to it, I then take parts of the vocals and lose other bits, then make the fit around the vocals better.

Dom Brothers Bud Farrington –  What hardware do you use in the studio?

Louis Thomas – what was your experience like making Push It with a (new/young) producer like Goof and what sort of advice/tips did you give him? That VIP edit is such a solid tune …Thanks

Zinc – I don’t think I gave him any if anything the other way round – he’s super switched on! It was good working with him cos he had a clear idea of what he wanted to do, as I usually do too, so we just cracked on. The mix – I did most of that in a hotel room in Morocco, then sent it to him and he added the half time bit. I did that in Ableton, it was the first track I did in it and it was great – but soon after I switched to Bitwig and that’s even better!!!

Dan Matthews – If you could only use 8 plug-ins to write, mix and master a tune. What would they be?

Will Stanley –  to know how long he spends on each track. For instance, how long did it take for to come together? Thanks

Dan Matthews –  What old DnB anthem of yours would you go back in on and retouch with today’s you have gained over the years?

Zinc – I have done that as tine goes by and tech evolves – I did a mix of super sharp in 2004 that I still play, sounds much better!!

Dan Matthews – How do you overcome creative problems when things aren’t working right / the way you want them to sound? What’s keeps you motivated and the juices flowing after all these year

Zinc – I love the challenge of trying to make music that I’m really into, that sounds good and makes me wanna dance. In comparison to lots of things I could be doing (like working in the office I worked in for 8 years) its a dream to just sit there making beats all day

George Miller –  What’s your favourite track you wrote, also you’ve always been a massive influence on 601 records so big thanks for that!

Ian V Jones –  Hey Ben, before social media, how did you present new tracks? Was there a tight crew you hung with to bounce ideas off? And as a question what’s your musical social scene like now? Dollars is a tune

Zinc – Thanks…Before and since social media my approach has been the same for making and presenting music – I make what I’d wanna hear, that way I’m not trying to second guess what will work, I’m just keeping myself entertained.

Peat Rainforest –  Hi from Aotearoa did you use when you first started out to make tunes on?

Zinc – When I started you needed at least a computer, a sampler, and a mixer – I didn’t have any of those, or any money to buy them, or know anyone who had anything like that, but after being on pirate for a couple of years I met someone with a studio, and we worked out a cheap rate and I made my first 2 tracks. After I used the money from those tracks to help buy the basic equipment, so for a few years after that my gear was>>

Amiga computer with sequencing software. I didn’t realise at that time that you can use it as a sampler too, only learned years after.

Crappy mixing desk for £200 from a junk shop

That was what I made and stuff like that with.

Sam Brenchley – Hi zinc, what’s your peak volume saying on your channels and on the master channel before sending it off to be mastered. Thank you

Zinc – My channels are never in the red individually, although I use distortion and saturation intentionally lots of the time, I don’t think its bad to do it one way or the other, but I always figured if you’re gonna have degradation of any kind it should be intentional, not because you’re unaware of your gain staging. I work on tracks with a low chain from the beginning, then when the tracks I master it myself with a much higher chain, and send that along with my pre to Klaus. My pre has little or no bus processing at all, no eq, no limiting. I usually sum my tracks through hardware, and they go through a compressor at that point (Alan smart c2) but then I work on the analogue stems more. From that I put nothing on the pre, my pre’s sound really shit, but come back sounding great. My attitude is that the more you give the mastering engineer to play with, the better job they’ll do. And as I’m working into a limiter etc throughout, I know roughly how it will be.

Pilou Sudbackline – Hi… long it takes you to write a tune ( mix not included ). I mean do you have a proper routine or does each tune have a different approach to avoid getting bored?

Zinc – I don’t really have a routine, I’m mainly inspired by wanting to make music for my gigs. Usually,a track takes from a day to 5 days to finish.

Stephen Cole After all of these years, industry wise, what would you say was your biggest mistake and your greatest accomplishment

Zinc – Haha fuck knows. I can’t think of any mistakes really, I guess I could have been more ambitious but I’ve really enjoyed my career so far. Accomplishment wise – maybe staying current… building a career in music is one thing, but then maintaining it is a different approach, and I’ve seen quite a few people really struggle with that bit.