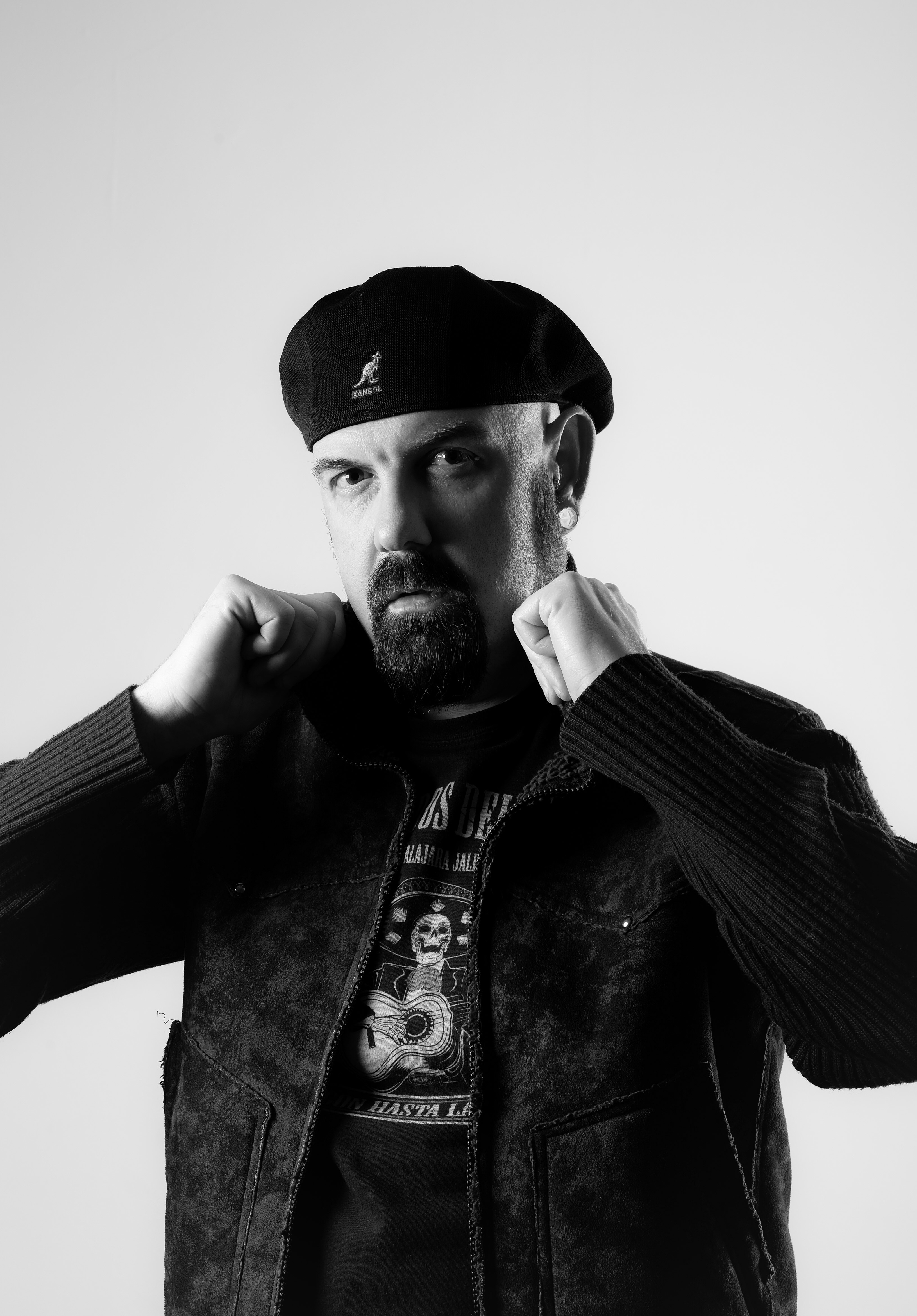 Got 5 Mins For A Quick Chat – Beat Assassins 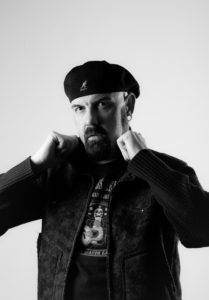 We’ve known Jimmy Mofo from Beat Assassins for so many years, with a new single out, we thought it was about time we had a chat to him about his productions.

All my production work is done on a PC. I don’t use any Apple Mac products because I’ve learned a lot about PCs over the years and know them inside out. I can build them and maintain them to a very high standard. This enables me to run a machine that has way more processing power than a Mac for half the price.

I also use a Geforce GTX Gaming laptop which is a beast. It has the same processing power as my desktop. This I use to take my studio to another environment if I want to collaborate with another artist or mix down a tune in a pro studio.

For Monitors I use Mackie HR824 & Mackie MR8’s. I also use a Mackie Big Knob to control my monitoring and a Studer Valve Pre Amp for recording vocals.

How did you get into dance music?

I have to say, “dance music wasn’t my first love.” I grew up listening to (what I would describe as) the cooler and more alternative side to heavy metal & punk. Bands like Rage Against The Machine, Nine Inch Nails, Suicidal Tendencies, Fugazi, Nirvana and Primus. Alongside some of the British punk bands like The Clash, Killing Joke & The Ruts. Then one particular Reading festival a van pulled up next to where we were camping and they had a sound system on board. They stuck NWA’s ” Fuck The Police,” on the turntables and at that moment I was completely sold on rap & hip-hop. So I started listening to Public Enemy, Cypress Hill, Beastie Boys, NWA, Ice T to name a few alongside the punk & metal.

Then in the early nineties I started going to raves. I had a group of friends who were ex metal heads turned dance music converts. They were doing the whole M25 orbital rave weekenders. I tagged along to a few of these but found the experience of looking for the rave much more fun than the actual rave itself. Once we got there the music didn’t really interest me but I liked the fact that it was illegal and you could stay out all night and all the next day if you wished.

In 1993 I caught The Prodigy playing at a VW Beatle Rally. They had a harder edge to their sound than I had previously experienced in dance music. Then in 1994 The Prodigy dropped their album “Music For a Jilted Generation.” This album had an attitude and anger that I had never heard before in dance music. For me (and a lot of other fans of guitar music) this was a massive turning point in my music tastes. Dance music had now become rebellious and alternative in its sound and not just in its nature. I was sold.

Are you a DJ who started producing or producer that started DJing?

Most definitely a DJ first. Once I had found my love of dance music I launched a drum and bass, hip-hop & breaks night called Mofo back in the mid nineties at the Borderline Club (London). The night ran weekly every Tuesday and was very popular with students. We gave the Plump DJs their second ever booking. Then in 1998 the government introduced tuition fees and took away student grants. This meant that students suddenly became more aware of their spending once they realised it was their money and not the governments money they were spending. This really hit mid week clubbing and we had to close.

I also promoted (from time to time) Mofo Recordings parties featuring myself plus acts on my label and a guest DJ. These I would host about 3 times a year. But it’s not something I do now.

What made you take the step into production?

It was Joe Lenzie from Sigma who got me into production. In 2004 Joe rang me (out of the blue) and said, “Fancy making some breaks.” I hadn’t considered getting into production but thought, “Yeah why not? This could be exciting.”

At the time Joe had some Cubase knowledge and basic sound design skills. So together we sat down in the studio and slowly the Beat Assassins sound evolved to the point where in 2006 we launched Beat Assassins as a DJ Producer breakbeat act.

During the Beat Assassins breakbeat era Joe was always the executive producer and I would run the label. But we would always make the tracks together and this is how I learned. Basically by looking over Joe’s shoulder.

What’s an average day like in the Beat Assassins Studio?

If I have 4 days in a row free in the studio then it’s always about writing a new track. It usually takes me 4 days to write a tune and then months to get it just right.

If I only have 2 days free I’m working on getting existing tunes mixed down to a point where I can play them out. If it’s one day then I’m usually put the finishing touches to a track I’ll soon want to master.

My favourite music to listen to is hip-hop, rap & grime but I wouldn’t say it inspires me to make music, I just like it. Inspiration mainly comes from other drum n bass tracks. I guess the reason for this is because dnb is like no other genre. So I’m not sure how I would be inspired by say an indie track or a hip-hop track. Back in the breaks days I was inspired all the time by lot’s of different genres but with dnb this hasn’t happened. Although recently I did start a jungle re-edit of one of the new Gorillaz’s tracks so I guess that’s a kind of inspiration.

What was your approach to writing Wake Ya Whole Block? Do you go in with an idea already in your head or is a more spontaneous approach?

I usually get ideas from vocals. Wake Ya Whole Block (my latest single) was inspired by some vocal samples I found on a free DVD that came with Computer Music Magazine. On the DVD was a sample folder containing vocal samples by DJ Assault. Most of the samples were his usual cheesy, misogynistic, booty bass vocals. However there was one line that said; “I’ll wake ya whole block with ma heavy metal.”
I cut the line down to “I’ll Wake Ya Whole Block.” Then I did some pitch bending and pitch shifting on the vocal and from there built the bass and drums round the vocal samples.

Let’s talk BASS! How do you make the bass lines for your tracks? What are your favourite bass synths? Did you process them in a particular way?

My go to synth for bass is Serum. I love Serum because you can make it sound really good just by tweaking a few knobs. The sub I usually sound design with Massive.

However I generally don’t get the completely finished bass sound out of Serum. Once I’ve designed a patch I’m happy with I’ll start the processing chain. The first plugin I’ll use is STA Enhancer Saturation plugin that brightens up the sound. Then I’ll add distortion using either iZotope Trash 2, Camel Phat 3, Ohmicide, Native Instruments Driver, Camel Crusher or a combination of these. I’ll then shape the sound using FabFilter Pro-Q2 and place a reverb or delay on a send channel for stereo width. Then to get movement in the bassline I’ll either go to Serum’s filter and LFO engines or add LFOTool to a send channel and use automation to create wobbles & growls.

To finish I’ll add some compression and EQ to the bass-group-bus and side chain the bassline off the snare above 100hz. Anything below 100hz gets side chained off the kick if needed to clear out any mud and help the kick punch through.

I keep my master channel completely free especially when sending off the track for mastering. However I do use an Ableton chain on the master bus called RA Ableton Mastering Rack during the creative process of production. The rack was designed by High Rankin and (when turned on) gives me a rough idea of what the track will sound like when mastered. I can tell whether the snare is punching through enough or if the sub is too loud. I also use it to roughly master my tracks so they are loud enough to play out. Once they work on the rig I can think about getting them mastered professionally.

Another great plugin that does the same thing is iZotope Ozone 7 Elements however this plugin is more Preset based. I like the versatility of High Rankin’s Ableton Mastering Chain.

Do you master your own music?

NO! I need a real pro for that. Phil Jones from Spec A & Killer Hertz does all my mastering. He is a production don, the absolute governor, the boss-man of the studio!

I think it’s important to try and get your drums in the same key as the rest of your track. But how do you do that? Well if you re-pitch your snare or kick drum up 12 semitones (1 Octave) and then move the pitch up and down a few semitones you can tell much easier if the drum is in the right key. Try it, it really works.

What’s your vision for the future?

To keep learning and building my knowledge within production. It’s a massive subject and takes years to become a master producer. I’ve been taking one on one advanced production lessons from some amazing producers (who I’m very lucky to have as friends) because there is always more to learn.

Hopefully soon once my knowledge is really extensive I would love to get into teaching production. I have taken on a few students in my studio and they always tell me how well I explain things. Therefore I know I have the ability.

What’s YOUR sound moving forward and where it’s going?

I’m on a mission to create quirky, vocal driven drum n bass with a slightly cheeky edge, alongside some filthy bangers to the best of my ability.