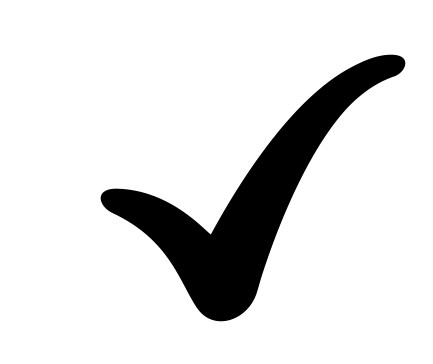 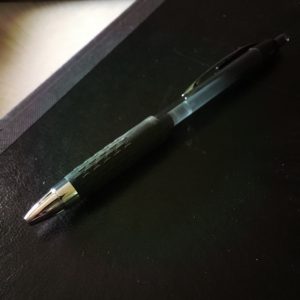 A common theme we’ve discussed over the years in the Heavyweight Bass Producer Forum ( https://www.facebook.com/groups/heavyweightbass/ ) on Facebook is how to over come the idea of “writers block”, or simply how to improve one’s ability to take the spark of a musical idea and see it through to competition every time. Here’s my tips that have helped me over the years get over these hurdles. While it’s aimed at newer musicians/producers, hopefully even those who’ve been around the block a few times will find something useful here.

If you are sitting down in that coveted few hours you’ve set aside to work on a new song without a plan of action you’re setting yourself up to waste it unproductively noodling. Before starting, ask yourself what you feel like doing, where your head is at. Learn to communicate with your creativity/muse/whatever you want to call it. Say your goals out loud if you feel comfortable. More people find they finish work on their music when they know what they want out of it.

If your DAW supports markers, start laying out marker points on the arrangement to reflect what the song you hear in your head to be. How long is the intro? Where should the bass drop in? etc. While these questions might be intuitive to some, very new producers might find it best to stop for the day and instead do some “research”: Take some of your favorite songs that got you interested in music and dissect them, learn how they were arranged. Grab a pen and paper and write out what you hear. You can also place this favorite song in your DAW, set the tempo to match, and place markers for every change. Heard the kick drop out for 1 bar before the build? label that. Once you’re done you’ll have a great “map” and can delete the reference track and save the arrangement as a template.

When we talk about this, the #1 problem people say is how they can’t seem to break out of the 16 bar cycle they start with. The idea of starting this way seems sound, “let’s get the main part of the song built up before I sequence it out”. However the problem becomes a sort of musical fatigue. The more you listen, nodding your head along to your groove and smiling to yourself that you’re on to something great, the more tired your ear gets with each cycle pass and complacency sets in, making it nearly impossible for most to see how a song can form out of this loop. 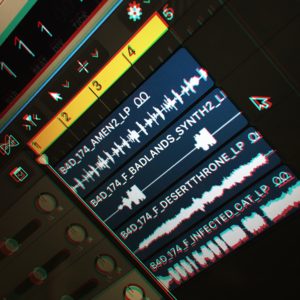 Instead work with smaller cycled regions, building 3 to 4 different sections to the song in the arrangement window. Don’t worry about the placement or order of them, the brilliancy of DAW arrangements is everything is modular. Move them around later. Focus more on getting one section of your song done and move to the next. Breaking your work into sections helps give you goals. “If I can complete my intro, verse, chorus, breakdown/bridge, and outro then I can add transitions and polish stuff later”. The idea is to get a arrangement sketched out as quickly as possible to allow you to come back and fill in, move around, and get everything sequencing right along.

This is a huge hang-up. The endless tweak of the snare drum’s attack, the changing the oscillator layers in the synth creating the mellow pad, how long the delay’s feedback on the cymbal crash should be, etc… All things that stop you from continuing to write the song out and finish the arrangement. 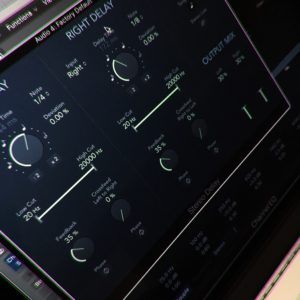 What this does is completely distract you from your creative side (right brain activity) and puts you in a analysis mode (left brain activity). Switching which side of your brain you are using is a great way to loose the creative flow. Musicality/creativity lives in your right brain, and lots of us find when we end up tweaking parameters in plugins/hardware, we’ve switched over to our left brain… and switching back is hard to do as most people can’t use both sides of their brain at once. So leave these left brained activities until the arrangement is finished!

Try building your arrangement with the idea that “everything is replaceable”. You can swap out the snare later, figure out what synth could be better to play the MIDI you wrote for that mellow pad, and how that cymbal crash’s delay should resonate to fit the arrangement. Remind yourself that these things are all just the icing on the cake: If you don’t have a great cake batter, no amount of icing will make it moist and delicious. Same goes for music, a great song isn’t only the fancy production – it’s in the emotional connectivity the written music conveys to an audience. Audiences won’t ever really remember the icing, they don’t care how you made that snare, they aren’t musicians/producers and they are only able to emotionally respond to the musicality itself. That’s what they remember about your song, did it make them feel good? Was it catchy? Did it make them want to hear it again?

So use whatever your first creative instinct is, lean on presets, throw a drum loop in for now. You can sound design, swap, and tweak once you know you’ve got a solid song forming. Your mantra should always be “Great Song Comes First, Polish Comes After.”

Here’s the thing. The more music you finish the better you become. This process doesn’t end, everyone you look up to is still growing musically. A great quote of world famous cellist Pablo Casals at the age of 83 he was asked why he still practiced, his answer was “because I think I’m making progress”. This is key to remember, creativity is a journey that has no end. There is no plateau. Those who believe they’re at their peak are succumbing to their own ego. Don’t fall into this trap.

Unless you’ve burnt yourself out for the day, or exhausted the available hours you have to make music, try to get a piece of music to a state of completion before you leave for the day. If you are a new beginner then set attainable goals if you feel this is too daunting. This goes back to having a plan… “If I can get the bulk of the arrangement done today, I’ve succeeded.” If you can keep this positive mindset, and hit the goals you set for yourself, your confidence will grow and help suppress any sense of dread you might have when you’re setting up for a new piece to write. You’ll also get faster! You’ll learn how YOU work, and that is the best thing you can do for your musical craft. Finishing your songs helps define you as an artist.

Lastly, remember that everyone’s earliest songs/productions were shit. No one you admire rolled out of bed one day and wrote their chart topping hit. For every “overnight success” you read about, there are PILES of weaker demos and bad songs that artist has done over the years that you aren’t hearing about. Everyone loves a underdog story, but remember when you read them they are designed to be marketing posturing. Don’t ever think creativity is just a switch that get’s turned on and brilliant music pours out. Creativity is cultivated, it is home grown, and can never be faked for the purpose of wanting to be famous. That’s a bad way to approach making music and a recipe for stressing yourself out and leads to eventual failure.


So keep in mind that you will only get better the more music you write, finish, and start up all over again. False starts and under-cooked ideas are ok, it’s part of the process. But earnestly try to get over the fear of being “good enough” and make some bad music, resist the urge to want to show your early work off. The need to be validated by an audience is only going to get in the way of this growth as you shouldn’t want your first impression to potential fans/audiences to be these early works, especially record labels. Too many folks want to have their first ever song/production be heard by everyone and be the “jumpstart to my career”. Stop thinking like that right now, and start understanding there is a gap ( https://www.brainpickings.org/2014/01/29/ira-glass-success-daniel-sax/ ) between where you are now and where you want to be. To close the gap is to finish every song you start.

Your best song hasn’t been written yet. When people ask me what my favorite piece is that I’ve done over the decade is, I always say “it’s the one I haven’t wrote yet.”

Visit http://thecellstudio.com for more on Colin.