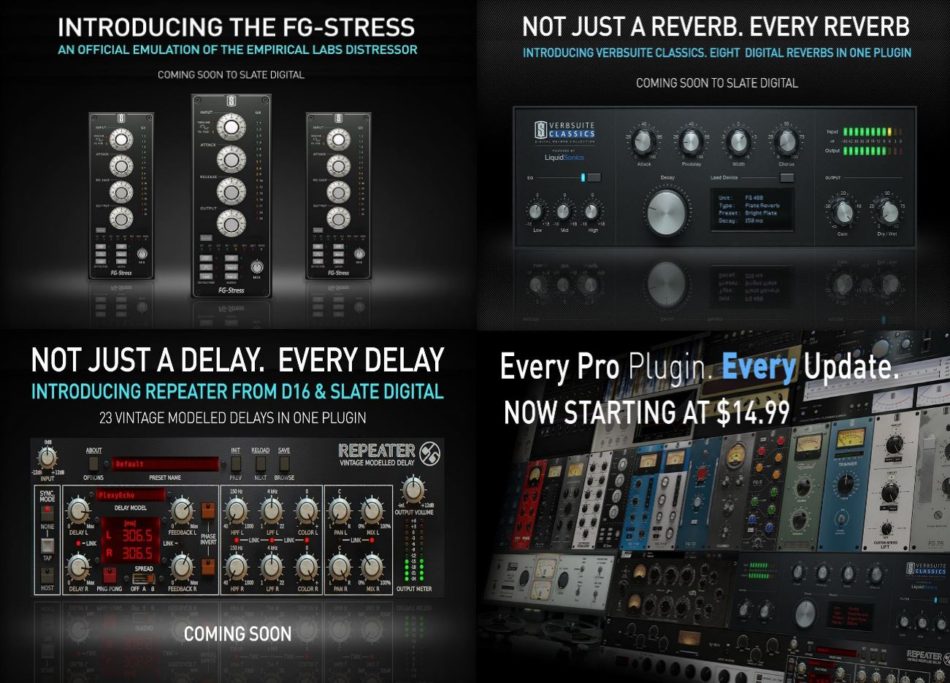 AES 2016 is now in full swing with 4 big announcements from Slate Digital!

Introducing FG-Stress, an Official Emulation of the Empirical Labs Distressor! Available soon in the Everything Bundle, now at $14.99

Introducing VERBSUITE CLASSICS REVERB! Eight of the industry’s most classic reverbs all in ONE PLUGIN! Going to beta next week, very close to release!

Introducing Repeater Modeled Delay! TWENTY THREE Incredible sounding delay units in one plugin with a fast and powerful interface! It’s in beta RIGHT NOW folks! Fixing some bugs and then it’s out!

Last year I realized that the world of software sales was changing, but the audio plugin business was not. Audio Pros were spending thousands of dollars to purchase the latest and greatest audio plugins, and often regretting some of those decisions when they realized that the software retained very little value. That’s why we launched the Everything Bundle in 2015, which offered engineers every one of our plugins, top third party plugins, and every new plugin we come out with, for only $24.99 monthly.

Many people feared that we’d raise the price of the bundle as we started to add value, and the concern only increased as we added two thousand dollars worth of new plugins to the Everything Bundle last year alone. I assured people that this was not our intentions, and that when we hit a certain milestone, we’d want to decrease the price.  Well, the milestone has been reached.

Starting today, you can get the Slate Digital EVERYTHING BUNDLE Annual plan billed monthly for only $14.99 or pay up front for $179.88. That’s 40% OFF our previous rates. I know everyone kind of hates the term “no brainer” but with this deal it might actually be quite fitting!

Check out what EVERYTHING users are saying:

Everything Bundle Monthly Users who want to switch from $24.99 to the $14.99 Annual Billed Monthly plan can find out how to do it by clicking the image below

Notes: The new plan doesn’t have the LX480, but the Verbsuite Classics Plugin has models of the 480, AND, it has SEVEN other amazing reverb models that you will love! It will be in beta next week. Second note, the new plan STARTS after your current billing cycle is over! 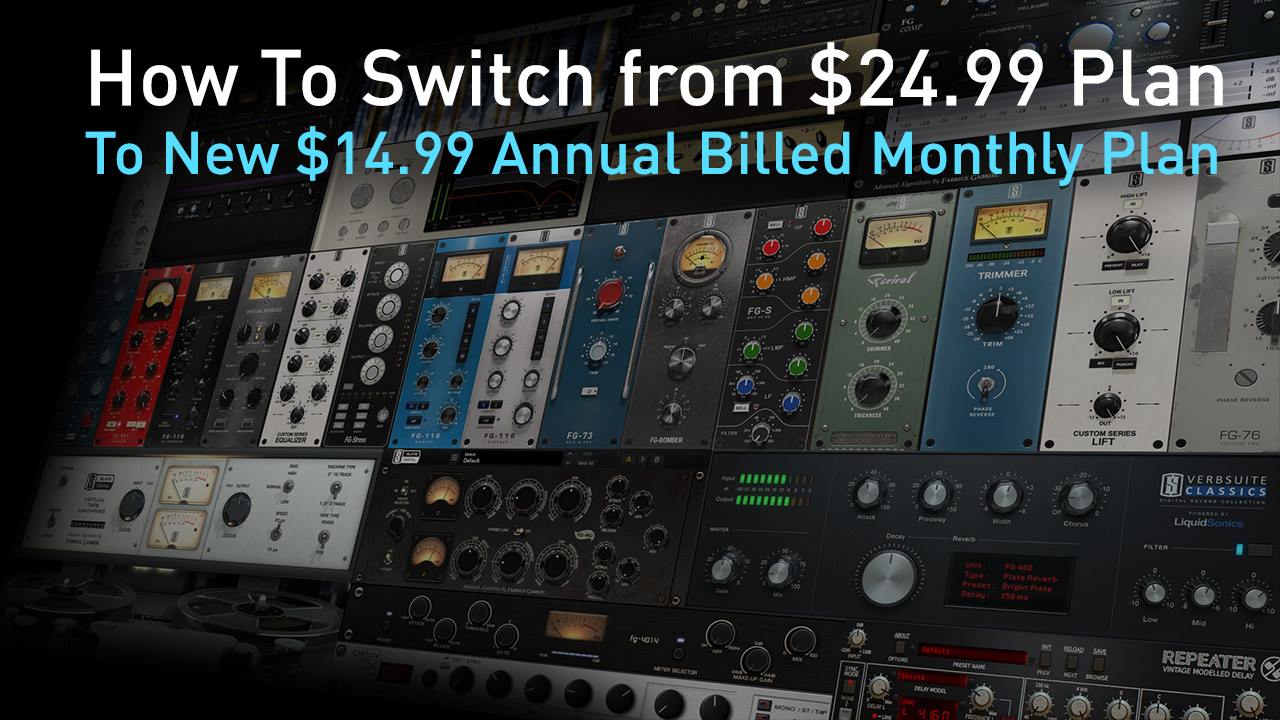