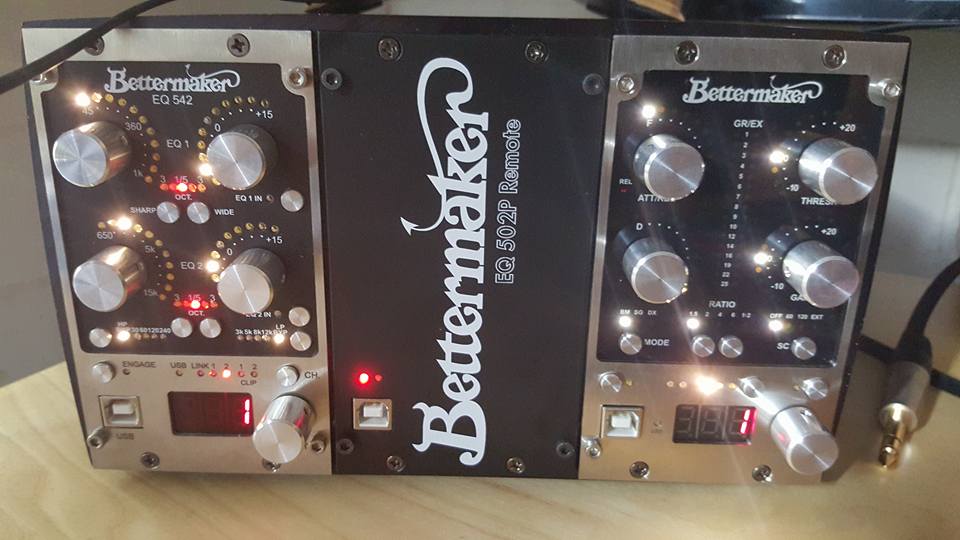 Two weeks ago in the Heavyweight Bass Facebook group, members had a lengthy discussion on their go-to vibes in the studio. We decided to post them in a series of articles for all of you!

If you missed them, you can read Part 1  and Part 2

I should clarify – It starts with a basic balance of the song, flat. If there are any problems you need to address – E.g, obscene amounts of low rumble on something, noise, piercing high frequencies on a track… Fix those first. If it’s gonna bother you the entire mix, get it out of the way. But make that part quick.

Colin Cameron Allrich – I’m a big fan of compression after delays, esp a 1176 in “all button mode”

James Wiltshire – Sonnox Inflator is brilliant on groups and busses to stop very sudden overs for example when a loud clap joins with a snare to throw a peak 10-15db above average.

Slade Templeton – Running a lot of parallel, even at the mastering stage!!!! I’ve also been really hitting a lot of saturation in a tasteful way via Culture Vulture and other various outboard or plugs. More so than I ever have before. It’s really brought my mixes to life. Been putting more saturation when needed on my mix buss too than I used to.

Tom Bot – Cut up or recycle your drums loops at the transient peaks, then balance out parallel compression, saturation or distortion by shortening the decay or release envelope. This creates phatter hits, but eases back on the processing of the tails to gain space in the mix.

Eddie Bazil – Actually Tom, try doing it the other way. Slice at the climb before the transient peak. I do this a lot and you will have an easier time using the nudge palette to realign the two files in parallel mode. Try it dude, it’s Jedi.

James Wiltshire – If in Ableton, put the loop in beats mode and hit the playback mode to single arrow ( kinda slice mode ) – then copy the entire track and on the second drop the number next to the arrow which controls the length of each slice .. The second channel will now be perfect for parallel transient processing – works a treat on staccato synths and basses too !

Klaus Hill – I mention ReCycle to youngsters and get a funny look…Still think its the best way to chop up your drums/beats, try it!

Ben Medcalf – Instead of always using samples, try creating incidentals and EFX out of your existing sounds by setting up FX chains on sends – for example, long reverb or delay, modulation, compression – and, where you want the FX to occur, automating the send amount on the original sound up from 0 to the desired amount for a short amount of time (i.e. a beat or two) and back down again. You can add dedicated EFX plugins like Effectrix to the chain (then, i.e., automating the time stretch amount or grain size) for more abstract efx.

John Disgraceland Stanhope – I’ve spent a lot of time reading up on ‘the creative process’ recently, and the thing that comes up time and time again is to work without any thought of quality, or the end product. Just do the work, and when you look up at the end of the day you’ll be amazed at what you have produced.
Sure, when you get to the tweaking phase, this will change, but those first sessions need to be free of tweaking, noodling, whatever. Just get the ideas down. Raw. It’s amazing how good the results are.

James Wiltshire – Had to mix a whole series of projects on just the internal DAW plugins the other day – amazed at how the restriction made me pay much more attention to what I was doing and apart from master channel the internal ( Logic ) tools were all I needed.

Slade Templeton – Another thing I will throw in as I am sitting here mixing and realized I have been focusing on this lately. Pick 3 elements in the song that you want to be the focus. Make them sit well and let them lead cohesively with each other then work around that. For instance, I am mixing a lot of hip hop lately and also Darkwave/Synthpop. So vocals of course is lead, then kick and snare (for 80s vibe it is snare second then arp/synth melodies). once you do this… you can really separate the listening field accordingly. It gives the listener a focus on what elements should matter most. Then work the rest around this to sit well.

James Wiltshire – I challenge everyone to try a mix using only wide band EQ ( low Q ) and say 1 or two bonus Peaking cuts to control the Low mid build up. Tried it last week and it forces you to balance correctly instead of constantly reaching for notch or comby sounding dips.

Jesse Skeens – Agree, this is one thing lacking in a lot of information online. There’s so much focus on the tricks but getting balance and volumes right is 90% of the battle.

Josh Emerse Field – Also never underestimate the importance of the de-esser…It’s not just for vocals. I apply it to my white noise, risers, and anything sibilancy that I need to.There’s nothing worse as a listener to have your ears shattered by unnecessary high frequency assault.

Mike Rish – From a creative standpoint, I try and get a skeleton down as fast as possible whilst the idea is still fresh. I used to mix as I went a long but found it was bogging down the creative juices.  Also stopped reaching for the eq.. Instead, I’ll adjust the mic positioning to get it perfect. I’ve found that if I’ve recorded it well then I don’t need do anything…

Jack Rutherford – If your drums sound a little static and lack movement, try a random midi velocity plugin on hats and shaker type sounds (if triggering samples), or if you’ve already bounced or a using loops, then try a tremolo effect, ideally with a tempo syncable sample and hold (i.e. random) modulator controlling the level. In Ableton use the Autopan effect and set the phase to 0 to achieve this. Don’t go crazy, just a tickle is all you need to add a bit of life without being really obvious.