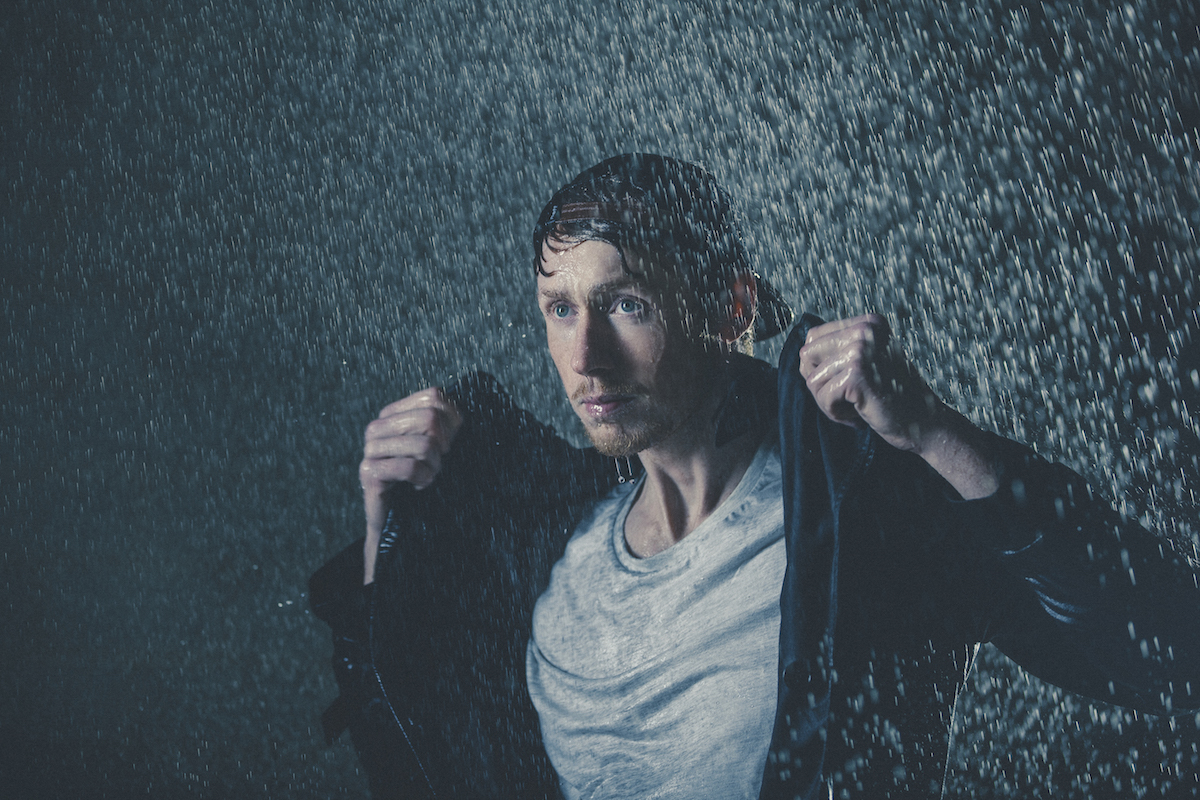 Got 5 Minutes For A Chat? – Spectrem

By Klaus HillApril 28, 2016Uncategorized
No Comments 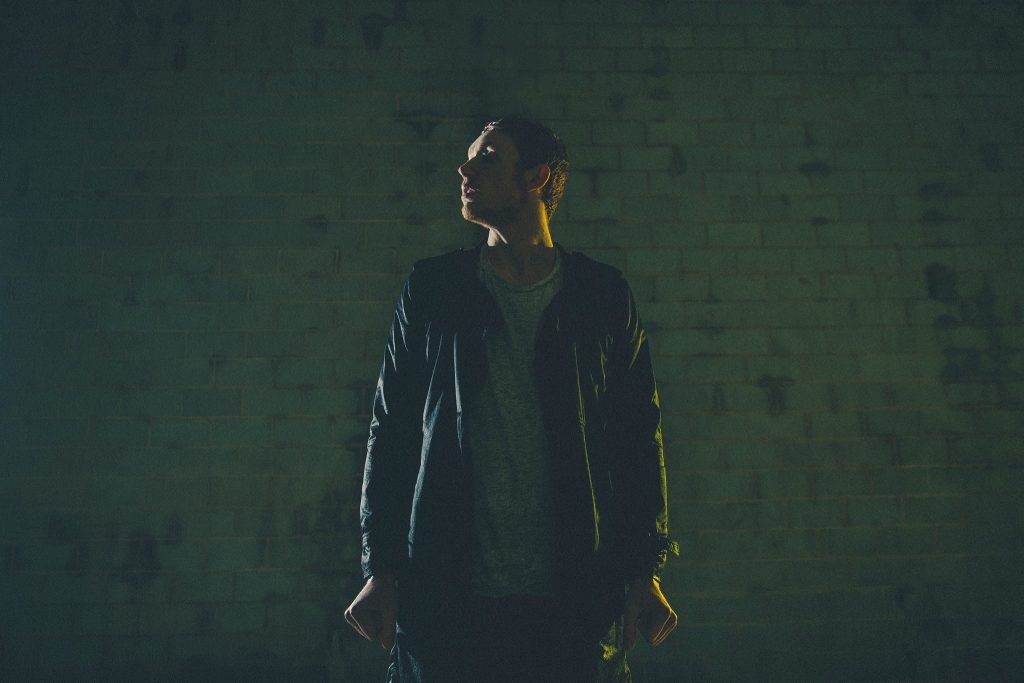 With a new release, Culture/Shaolin, out on Technique Recordings, we caught up with Australia’s Spectrem for a geek chat!

My studio consists of two Rokit 6 inch powered monitors, an Akai 49 midi keyboard, a Focusrite Scarlett 2i4 and a very expensive ASUS laptop.

Whats your first D&B memories? How did you get into the scene?

I first started listening to Pendulum, High Contrast and Netsky, at the time I didn’t even know it was drum & bass, I just liked the fast pace energetic vibe. I gradually found myself emerged in the scene after following some friends to a dnb event, I absolutely loved it, next minute I was hooked!

How did you move into production production? You’re signed to Technique Recordings…How did that relationship come about?

I started fiddling around with Ableton at the age of about 17, starting with Dubstep and really honing in on those dirty synths, though I never lost sight of the more chilled out music. When 2013 rolled around I had a selection of tunes which I thought were of a nice standard and really showcased my love for all types of drum & bass. I was at university one day and sent the tracks off to Technique with my fingers crossed, not long later I was skyping with Simon Bassline Smith and had just been offered to sign exclusively to Technique Recordings!

So where do to get you influences these days? What music inspires you and gets the creative ideas flowing?

To be honest a lot of my inspiration comes from non drum & bass music, I listen to a lot of instrumental music such as jazz, classical, movie scores, world music and hip hop instrumentals. I am influenced so easily sometimes it can be a problem, I will want to write something chilled out 1 second and the next I have the urge to write the next big club banger so it ends up being a combination of the two.

What’s a typical day in the studio for Spectrem?

I always have several songs on the go so I’ll open up Ableton and pick one which i’m feeling at the time, if within an hour I haven’t progressed then I move onto the next track. If I’m really into a song then I’m not afraid to lock myself in my room with cereal and tea and reject my friends calls (sorry Elliot).

You’re an Ableton user. Name one feature that stands out in Live?

I have tried a couple of different DAW’s and the reason I picked Ableton was due to logic, the layout just made sense to me, as I’m a bit of a fruity loop. Seriously tho, aside from the layout I still use 90% of the default effects in Ableton because I honestly cant fault them, who needs expensive plug ins when Ableton provides such gold!

How integral is your system/software to your workflow?

It’s so important to me as I like to work fast without any hold ups, the last thing I want to be dealing with when I have ideas flowing is lagging or crashing, a great idea can fall from my mind sooo fast. Writing music should be enjoyable, not complicated and stressful.

What’s your approach to writing? Do you go in with an idea already in your head or is it a more spontaneous approach?

It’s both, 90% of the time I will start writing with an idea in my head and as the track progresses I make countless spontaneous decisions, I feel this keeps the track unique, as opposed to writing a track along strict guidelines, we are humans not robots. The track might start out where I want it to but it never ends up where I imagined it would.

Sound Design – How important is it to the Spectrem sound? How much time do you spend on pre-production/collection samples/sound design before you start a track? Or do find stuff as you work?

I love some good sound design, it a whole new world when it comes to synthesis and re sampling, anyone can chop up a pre-recorded bass patch but knowing your synths really separated the men from the boys. As for samples, that’s something I have collected over time like most producers, countless hours searching for unique sounds. I may purchase a $30 sample pack because I know it has one single sample which I really really like the sound of. The best advice I ever received is that if you want to produce a Trap song, don’t search for Trap sample packs because then you will sound the exact same as everybody else, think outside the box.

Let’s talk drum processing. What’s your favorite technique to process drums? Which plugins do you use? Do you process your drums together on a buss or work on them individually?

I have always been told to process them together on a buss but I always work individually. I don’t complicate things, I almost never use compressors because the samples are already compressed to harshly already. I like to EQ, bit of reverb, touch of saturation and stereo spread when needed, THAT’S IT, if I want them loud I don’t compress them more I just do a thing called “turning the volume up”. I’m sure many people will argue for hours over how to get your drums sounding perfect but if you don’t use the right samples in the first place then none of that matters.

On the sound design front what’s your favourite soft synth/synths?

I don’t have any secret weapons unfortunately, I use Massive, Sylenth, Serum, Zebra etc. I’m trying to head towards more simplified basslines with unique sounds/samples over the top, “Shaolin” is a great example of that. To get some real wacky basslines tho I usually go through my massive patches, throw down some midi then run it through my Harmor routine, after that it’s all just post processing. The bassline to “Culture” is literally just a single saw wave on Massive, nothing else!

I’m happy to admit I have created every bass line you hear in my tracks, most of them are created in Massive. As for processing I use Abletons saturator, multiband compressor, reverb, DMG Audio Equick, PSP Vintage Warmer. It’s all in the Eqing and knowing your limits of saturation. A common mistake is to throw a whole lot of plug ins on, thinking it sounds better but all they have done is just made the bass louder! So match the volume with another channel which has no plug ins to do a true comparison test. Always leave room for your kick, it’s just as important as a thick bassline.

As I’m writing the track I will just chuck Lives limiter on (taboo I know) and always take it off occasionally to check. An effect to have handy is Abletons utility so I can test the tracks mono compatibility.

Don’t write music to please other people. Your friends and parents are your best critiques.

Ableton stock, all day every day.

What’s your vision for the future of Spectrem – what’s YOUR sound moving forward and where it’s going?

I want to keep the sound unique, it’s becoming harder and harder to stand out in the music industry so expect more obscure tracks, chilled and heavy.