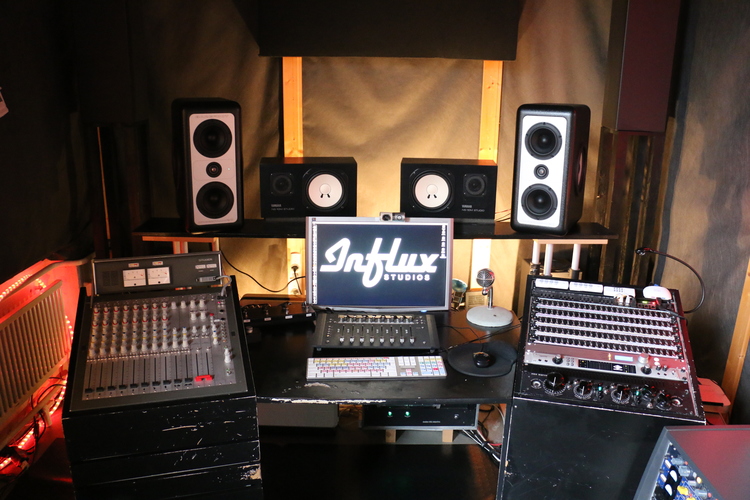 With a new sample pack available through Black Octopus (TR-707 VINTAGE DRUM HITS BY INFLUX STUDIOS) we thought it was about time we caught up with the guys at Influx Studios, owned by Luk Zimmerman.

Influx Studios are based in Bern, Switzerland and Berlin, Germany.This multi-platinum awarded studio has recorded, produced and mastered countless tracks over the years, with releases in Pop, Rock and Electronic genres.

We caught up with Luk and Influx’s other in-house engineer, Slade Templeton for a chat about some of the techniques and gear they use day to day.

And this is what they had to say. 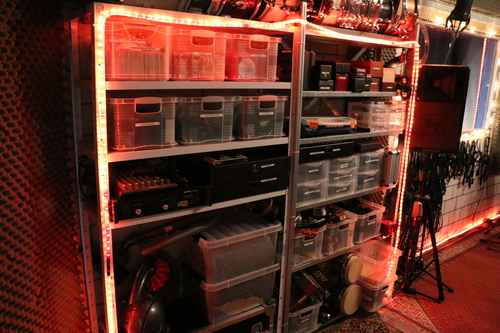 I am by no means a proper recording engineer and its probably my weakest point, but I have a most brilliant partner (Luk) that has copious amounts of knowledge when it comes to recording (and all the rest too, to be honest).

Just from being put into so many sessions and working around him, I have come up with some things that I like to use/do.

For example, I believe every mic-pre has its own life force, certain mic-pre’s with certain mic’s, are what makes for a good recording, and how they interact is key to finding the sound you want.

Since I work with a lot of female vocalists and for Trip Hop styles, I really prefer to use the Peluso 251 Tube mic paired with the 1073/500 series mic pre through the LA2A for levelling on the way in.

I will almost always (if the song cries out for it) re-amp the voice through various pedals and guitar amps to find the right tone for what I want.

I will then run the saturated/distorted amped voice under the lead vocal.

Once we reach the mixing stage I will still run it to an FX buss, sending the vocals to a Reverb/Delay as needed, along with the distorted voice to the main vocal buss.

It all blends back into the main vocal buss again with the lead vocal and the saturated/amped voice combines withDelay, Reverb, etc.

This glues it all together harmonically and gives a great depth to the vocals.

I use pretty much two chains, and two mics depending on the voice.

We have 4 vintage U87’s and one of them sounds killer on vocals. We also have a vintage M49 tube mic for male vocals. Even though it’s pretty amazing it doesn’t always work on every voice, so I kinda choose the one that works best on the day.

When it comes to pres I would say that 9 times out of 10, I’d use either the vintage 1073 or the heritage CR73. They both sound great, and if I´m looking for a smoother sound I would probably go with an API pre. 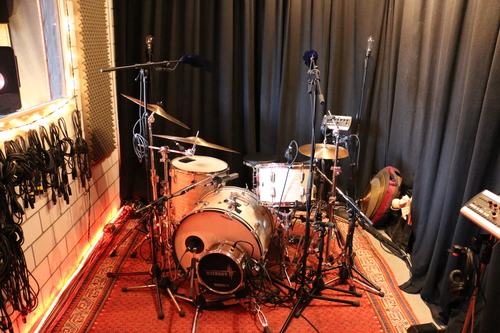 Drums and Outboard: I have a little secret that I don’t mind sharing with you to be honest… but “we” (as engineers) all have our little ‘secrets’.

This is the one that I will share with you today… You can call it the“Bern Compression Technique” or something like that.. haha (New York Compression… get it?) –

What I typically do when I am really wanting to glue acoustic drums and electronic sampled percussion/drums together in a nice ‘trip hop’ kindaway, is I will run a typical parallel/New York compression where I send all drums and drum loops to a compressed channel (where I put API 2500 followed by Stereo Distressors [NUKED]) and another send to the dry channel, but from these two channels that are being sent to the Drum Buss, I also put another plug “post” EQ, which I use to tame certain areas of the buss. For this I use the “Fab Filter Pro C” set on parallel (yes, another parallel) mode, and on the second parallel in the main drum buss I set it to a 40/60% ratio wet to dry so it “second” compresses the transients through the insert but still retains enough attack to come through.

The reason why this does magic for acoustic hybrid with electronic drums is because electronic drums already have such great transients that you are typically OK with grabbing a bit more peak than usual, if I need to retain even more, then I will run a transient designer on the drum buss “post” second parallel.  This really slams the drums, and gets a creative energy on them, I can’t seem to find any other way to do it to achieve these kind of results.  So… there you have it… Influx’s “Bern Compression Technique”. hah! 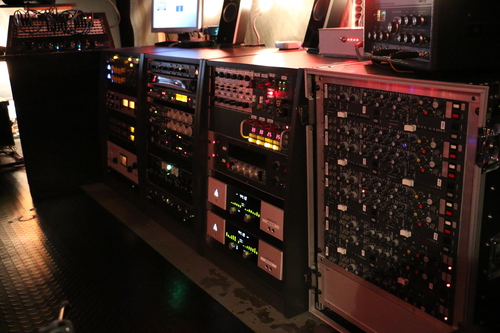 I do a lot of acoustic drum stuff, so whenever I have to use programmed drums, my dream chain is: Call my partner and friend Slade Templeton and let him do it!

He is so good at programming, but for acoustic drums I love our vintage ludwig kit, it’s always mic’d up and ready to record, and is connected to all our pres and comps as we like them to sound for our drums.

The same goes for mixing drums, Ihave a setup with a nice mix of outboard and plugins, and I sometimes even re-amp stuff trough our live room or through our guitar amps to get more grit and edge, which is kinda hard with plugins. That’s the one thing that still amazes me about amps and outboard gear. I love plugins but I often find myself tweaking them for hours until I get the sound I want, but with real amps and real comps it’s mostly plug and play and, there´s the sound I’m after!

Maybe that´s just me not knowing how to use the plugins right, but I find it easier to get edgy, distorted sounds with outboard equipment. 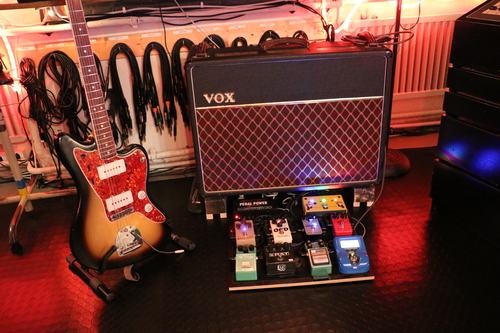 I record guitars as normal with a DI signal, and mainly focus on re-amping.  I will sometimes run plug-in amps on one signal and then run the same DI recorded signal to a re-amp via mic’ing and amp selection on the way back in.

I will then have the guitarist double as needed.  This gives me about 3 or 4 different guitar tones to work with and push into the stereo field. I am also into putting a lot of synth and pads behind guitars either an octave down or on the same octave acting as a unison effect.

This can have amazing potential for the stereo field and gives really beefy saturation to theguitar fx.

One thing that is crucial when I do this, is toreally focus on the panning and the overall EQ more than usual. One of the toughest jobs when working with this technique is getting them all to work right together.

Once they do though, it is magic.

Space Echo!   That is all.  hah… But Not Really… I don’t think there is another piece of gear that I go to more than the Space Echo.

Most especially when it comes to guitars and synths.

I get really “hands on” with it and make it do spacey tails and pitch them up or down as the FX send is recording back in.

It’s such an amazing piece of gear.  Also our Vermona Reverb DSR3 unit is a must for thesongs that ask for it too.

A little bit goes a long ways of course. 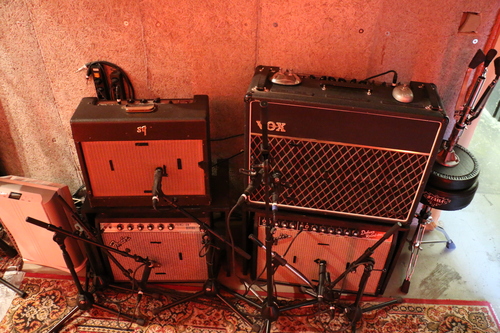 It´s basically the same as with drums.

The biggest part of a good guitar recording is the guitar and the amp.

I don´t think the mic we use, whether it’s a 57 or a 121 or a 421 makes a big difference, but where I put the mic and which guitar is used through the amp can make a huge difference! My absolute favourite amp is a seventies Fender Princeton Reverb.

This thing sounds so smooth and it fits perfectly in my tracks without much EQ or Comp. Of course I use plugins too for certain sounds but most of the time I prefer the real thing just for that extra space and the air I get when I use an amp.

I always record a DI signal parallel to my amp track just in case I want to change the sound in the mix. We have a pretty cool re-amp setup where I can quickly route a DI signal through any amp I want, and get the sound I want live in my mix or print it into the session.