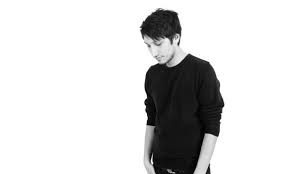 Despite using Ableton Live 7 as my DAW, Harmor by Image-Line (the guys behind FL Studio) is quickly becoming my go-to synthesizer, especially for basslines. Th amount of possibilities and flexibility with this synthesizer is unreal, even more so than that of Massive. For starters, it also doubles up as a sampler, which is probably it’s primary feature. You can load in audio and Harmour will create a spectral image of the audio, allowing it to essentially re-synthesizer the sound rather than streaming it from disk. This will allow you to stretch the sound, apply unison to the sound and change how the harmonics are spaced within the sound, completely redesigning the fundamentals of the sound itself.

Something super incredible to do within the synth is to re-pitch the individual harmonics within the audio, and change the relationship from that of a saw (every harmonic is present) to that of a square wave (every other harmonic is removed), and without Harmour this would be impossible to do anywhere else. The way you can work with harmonics is what this VST is built around. Another thing you can do within the synthesizer with samples is the ability to give inharmonic sounds, such as drums, a pitch by adjusting the harmonic spacing. Any sound can become essentially auto-tuned to a single note despite how much pitch movement there is within the sample.

However, as you are not re-pitching the audio sample itself, but a synthesized copy of it, things can quickly become sounding very unnatural, so would not use this for specific pitch correction, stick to something like Melodyne for that, but it opens up a world of unexplored possibilities for creating sounds. Harmour is ideal for someone who is really into resampling to create their basslines, you can turn what ever you can think of into and absolutely dirty reese!

99% of producers either own or have heard of this effects unit, and know of the crazy sounds it can create. However with CamelPhat, I don’t really use it for it’s insane creativity, but more subtly as a mixtool. CamelPhat is now an integral component in my work flow and features on every single track I do; I use it for two things.

Firstly, I always stick it on my drum bus with the tube distortion and exciter switched on and turned up to only 2%. It’s only a subtle effect, but it just helps to “gel” my drums together and it also brickwall limits everything at 0dB. There’s a transparent limiter built into CamelPhat which permits nothing to exceed 0dB without any audible “pumping” which is known to come from limiting and heavy compression.

Finally, I love the BP (bandpass) filter built into the effects unit as it’s super accurate and flexible. It is both a low pass and high pass filter working together in parallel that can be controlled separately or together in unison. Majority of the time I use this filter to separate frequencies in my bass without any phasing occurring that can happen which manually creating frequency bands

PaulStretch isn’t a VST, but a standalone .exe program that I use for offline processing. PaulStretch is an ambient song maker in a box. Drop any audio file into the track and then you can stretch it to ridiculously unheard of lengths turning that audio into a massive evolving ambient pad. I have been stuck on this program for hours before dropping random songs into it and seeing how it would sounds 1000 times longer- just youtube a any song you can think of with “paulstretched” on the end of it to see what I mean! I used PaulStretch to great effect on “Mirrored Walls” in particular to create some of the layers to the ambient soundscapes in the track, from vocal samples and even some really short and staccato sounds.

In lamen’s terms, it does this by chopping the sounds into each individual sample and sticks reverb in between each sample to extend it’s length. I’ve been using it more and more in my tracks to create soundscapes and interesting background harmonies that I would never have thought of before. Vocals work great being stretched by this, for example in “Open Eye Signal” by Jon Hopkins (2:00 onwards). Like many things in music production, it comes down to what you use as your source sound, but just drop anything in there and you’ll be surprised by what you create!

Finally, a feature I love in this is the Octave mixer under the “Process” tab. Here, you can create additional harmonies to the source sound by adding re-pitched octaves above and below the original sample. I often find that adding a copy two octaves love adds a really great warmth to the pad, and adding something two octave higher (labelled as “1.5” because of how the harmonic series is spread out) creates a great vocal feel to the soundscape.

Toronto Is Broken on Soundcloud