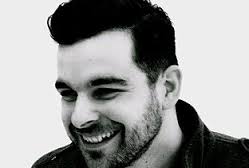 Got 5 minutes for a chat? – Lenzman

Fresh from dropping his new album, ‘Looking At The Stars’, and on the eve of his Chinese Laundry show in Sydney, we caught up with one of Holland’s finest, Lenzman, to chat studio set up’s, a love of hip hop and Reason!

I currently run a super streamlined set-up, which is perfect for me really. I primarily use Reason 7 on my Macbook Pro with Mackie HR824 MK1 monitors. For headphone referencing I use a Beyerdynamic dt880. I have a Saffire 6 Focusrite soundcard and a microKorg to play with. Another thing that is really very handy for writing on the road is a Korg nanoKEY2. I take it with me almost any time I go abroad.

I’m actually an MC turned DJ turned producer. My first big passion musically was Hiphop. I got into that roughly at the start of what many call the golden age in the early to mid 90s. I was 15. Straight away I felt like I wanted to make music, but this started with me writing rhymes and spitting bars. Not long after I was asked to join a local Hiphop collective called Ancient Scriptures. There were a few producers involved and that was the first peek I got into the world of production. This is still back in the days when you needed a lot of outboard equipment to write electronic music. A lot of money that I didn’t have – but you I was casually learning to play with the software and machines.

In this period I also got into Drum & Bass (we’re talking 96-ish now), and I took up buying vinyl and DJ’in. Towards the end of the 90s, early 00’s, my focus started to shift from Hiphop to Drum & Bass and I was starting to do gigs around The Netherlands and throwing my own nights in Amsterdam. I still had the ambition to make music, but A – all my money was being spent on vinyl and B – my focus at that point was really more on the DJ side of things. Then gradually it got to a point where you didn’t need much more than a computer to write electronic music. That’s when I started messing about on my own stuff. Mostly self-taught to start with, and later some friends showed me how to use Reason.

It’s been quite a long road for me from my beginnings in music to get to a point where I could make a living off it. Part of it taking that long could be that I’ve never really been that much of a tech-geek. I prefer just getting a vibe going by any means necessary. There seems to be a lot of focus on ‘geeking-out’ in Drum & Bass, and it is a very technical music so it’s hard to get noticed if your music doesn’t sound “right”. Having said that – I still think you can do great music without too much of that side of it too.

What’s an average day in the studio like for Lenzman?

Before I do anything I make some coffee. Once that’s out of the way it could really be a number of things. Sometimes I’m looking for samples to get a vibe going. This can be from a number of things, a Jazz record, a Soul CD, a Youtube video, a DVD, a noise outside…

Sometimes I start with a beat, sometimes I just try to get a chord progression going. But often, when I want to write an actual tune it’ll start with a musical element and a beat running underneath…Something to give a key to the tune with something that will give me the pace and the skip/bounce. If I can’t be bothered writing a beat from scratch because I want to get on with the musical elements straight away, I might just grab a beat I had lying around to speed things up. Then I just build on that until I get in a zone. For me it’s all about the feeling I get. I’m not musically trained, so I’m searching for a certain progression to give the track that certain emotion. If it doesn’t work out, if I can get a vibe going after a few hours, I usually stop and do something else (taxes, e-mails, or just relax). The worst thing you can do (in my opinion) is force the issue when it’s not working.

Making music should be enjoyable. The harder I try (when it’s not working) the worse it gets. If it DOES work however, you can probably see me in the studio for the next few days. Non stop. From early in the morning until late at night. Get it while the getting’s good…

What attracted you too Reason? Have you tried other DAW’s or was Reason the first and only program?

Over the years that I’ve been interested / involved in making music, I’ve been around and seen a lot of different DAW’s. From Cubase on an Atari ST with a sampler, to Fast Trackers, to Fruity Loops (which I used for some time when I started making my own beats), to Logic, to Ableton. When I was shown how to use Reason – roughly 10 years ago – it was by my fellow Dutchies Icicle and Switch. And to me it was just an eye-opening experience. It was the straight-forwardness more than anything. What you see is what you get. I obviously have learnt quite a lot over the years and in a lot of ways it’s become second nature to me. I have worked in other DAW’s since when collaborating with others, but it is usually a frustrating experience to me. For me a DAW is just a tool of translating what is in my head to something I can hear. So I just want to get that – or a rough sketch of it anyway – out there as quickly as I can. I think at the end of the day, it should really about a producer using something he’s 100% comfortable with. Some producers out there love geeking out, but I’m not built like that at all, I am more of a vibes guy. I just want to get a vibe going as quickly as I can, rather than EQ-ing a hi-hat for 2 hours straight.

Do you ever feel limited with the lack of synths available to you compared to AU/VST based DAW’s?

Sometimes I get jealous when I see what other people have at their disposal, but then there is something about having endless possibilities that is very overwhelming to me and also can make the creative process much more time-consuming than it needs to be. When you are limited to a certain number of synths, instruments and devices you know what tools you have to get the job done. If Michaelangelo had to decide which of his 642 chisels to use when he was sculpting his David, he might have lost some enthusiasm and inspiration to make what he did.

I remember the first time I went into a supermarket in America when I needed to buy some toothpaste. There was a whole aisle dedicated to toothpaste. There were literally thousands to choose from. It freaked me out and I just left the shop without buying anything. Anyway, what I’m trying to say is: if you have a limited number of tools and you know how to use them well, I forces you to just get on with it…

The new album, ‘Looking A The Stars’ dropped in June. What was your writing process? Did you have an idea of what you wanted to deliver in a long player? Or was it more of an organic approach, just letting yourself go with the flow?

Well my intention was to write an album that was varied enough to stay interesting, but still felt like it had a certain sound to it rather than just a collection of tracks. I started off just trying to summarise that sound in a small sentence which was something like “dark soul music” – I can’t quite recall the exact words I wrote down. I also had a certain album I really love as a reference point. Not that I was trying to copy that album, but I just wanted to see what kind of tracks where on there that made it great and I just tried to de-cypher what the album was doing in terms of track types, vibes, tempos and so on.

And then I just started writing with all that in the back on my mind. I’m glad I had a rough idea in my head, but with music nothing should ever be set in stone I feel. One of the most dangerous roads to tread on in my experience is thinking too much about things, it can really make the process soul-destroying and will make you hate it. I find my best work is made when I’m enjoying myself, having fun, and getting enthusiastic about a project. In the end I had a load of ideas, they got narrowed down to the better ones and it just shaped into what it is now organically.

In the past you were very sample based. This album seems very different (in a good way), more sound design. What inspired that change?

I still love a good sample, and I always will. The reason I wanted to get away from the more “obvious” sample driven tracks was that I wanted to see what I could do musically myself. I’m talking about actually writing riffs and so on. Because when you are using a sampled hook, it really means you are limited with what you can do musically with the rest of the track. You are at the mercy of the sample. So yeah I tried to write my own riffs more and use some samples to accompany those rather than the vice versa.

Any tips for our Reason users out there?

I am sure most of you know that Reason is very easy to use, but it can be quite chaotic if you don’t put in a bit of time to organise things properly. So here’s one tip for you: I have taught myself to be very structured and it does save a lot of time and frustration if you can be disciplined enough to do so. For instance, I group my sounds into different buses via mixers – Drums, Bass, Music, Vocals and so on. I plug those mixers into a master mixer at the top of the rack. That way you can easily control the tracks individually, but you can also control the complete buses. Also it’s easy to add effects – such as compression – to a complete bus. Then in the arrangement screen, I will use colours to mark up these different groups too. It might make sense to do this, but I’ve seen a lot of people just randomly add devices, one after the other..

Buy ‘Looking At The Stars’ here