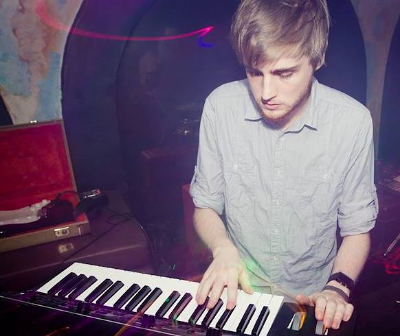 Today’s wicked Top 3 plugins comes from Oliver Fleming, member of Australian electronica band, ISLND. Sydney based Oliver is not only a very talented producer, but is also a popular Ableton Live trainer. Thanks very much for delivering the goods in your Top 3!!

Over to the man himself:

“Operator is an FM synth designed exclusively for Ableton.  First party plugins generally get a bad wrap but Operator deserves a lot more attention than it probably receives.

I own a Yamaha DX7 and Native Instruments FM8 which to most are the be all and end all of whatever FM synthesis you would need but I think the fact that Operator is simpler and not as feature rich as the aforementioned works in it’s favour.

Anyone who has ever delved into FM synthesis knows how unpredictable it can be and that there’s a whole bunch of crazy routing going on especially when you start dealing with up to 7 operators (oscillators in FM synthesis terms) but Ableton’s Operator only offers 4 operators which you actually have quite a lot of control over, you can draw in your own waveforms and they keep the operator routing simple with some preset signal paths which can yield some great results instantly when you start switching between them.

Not to say that Operator can’t produce some great sounding pads and leads I primarily find myself using this plug-in for a lot of my bass lines as it is especially great for sub bass.

If you’re into anything from those really punchy sounding deep house basses all the way to brash Skrillex’y sounding dubstep screams then give Operator ago.” 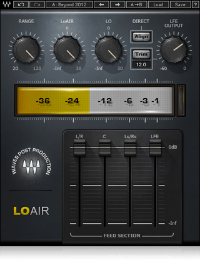 “Speaking of bass my next plug-in in this list is Waves LoAir.

To put it simply this plugin makes bass happen, if you thought that your track had bass it actually didn’t until you put this plug-in on it.

This is one that i’ve only gotten into very recently but I wonder how I went without it all this time.

As much as people like to think that there is a secret plugin that is being used to make dance tracks sound big (hint: there isn’t) this definitely comes close.

I haven’t had the chance to delve into the science of this one but from what I can tell it is some sort of exciter which works in the low end to generate some extra sub bass.  I’ve started using it whilst home mastering some of my tracks and will also sometimes use it on my subs or kick drums but generally not at the same time.  Just by opening this plugin with the initialised patch you have already added two tons of chest pounding bass and it is barely turned past 1 o’clock.

LoAir is a fairly inexpensive plugin sitting at around $75 and occasionally around $25 when it’s on sale and for the price and what you get in return it’s seems like it should be worth more than it actually costs.  Definitely give this one a go if you’re having trouble getting that big pounding sub in your tracks.” 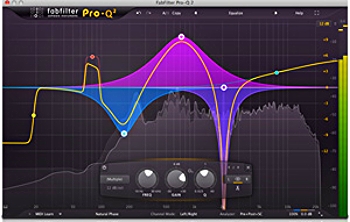 FabFilter’s Pro-Q, now even better with the recently launched Version 2

“Picking my top 3 favourite plugins is no easy task but this one is a no brainer.  EQ is an essential part of any producers arsenal and Pro-Q is an absolute workhorse.

I use it on pretty much every track I have ever worked on since I got it.

The plugin offers every kind of bell and curve you could ever need, has an amazing interface which makes the whole EQ process that much easier and despite the massive amount of stuff it has going on it is still very cpu friendly, and most of all it sounds awesome!

There are a lot of things that Pro-Q offers that not a lot of other EQ’s do, or if other EQ’s do offer it then Pro-Q more than likely offered it before them.  I could go through all the features of Pro-Q but that would be worth a whole dedicated article in its own right so let me just cover the main reasons on why this is my favourite  EQ:

There is heaps more to Pro-Q and if that wasn’t enough Pro-Q2 is around the corner and is going to add even more features.”

It was really hard to pick just three plug-ins so here’s some honourable mentions: