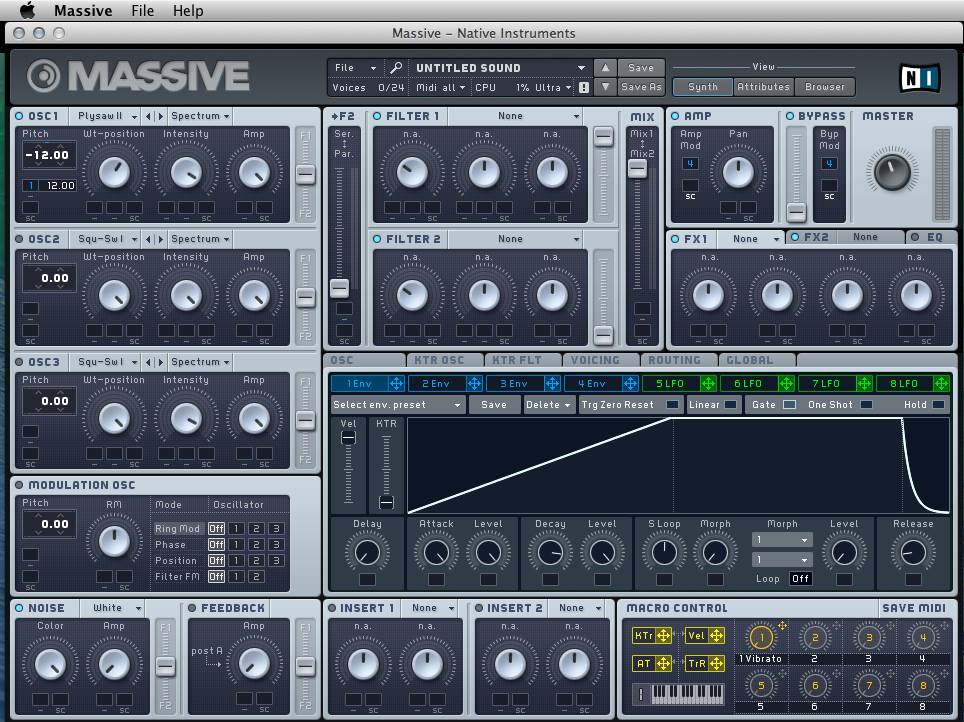 In the first part I very briefly explained subtractive synthesis in Massive, so for this part I’ll go over some of the more specific functions present in Massive.

Envelopes can be used for pretty much anything in Massive, from dictating pitch changes to cutting in filters.

For these two examples we’re going to modulate pitch via an envelope and make a cool little sweep using the noise sections.

Firstly pick an oscillator, I found that a Polysaw sounded cool. Pitch it up by half a semi-tone (12 for our sakes but this isn’t a musical theory article) and the little blue number by 12 as well. The little blue number is the envelope and dragging it up or down will change how much the pitch is going to be increased or decreased.

That’s just for reference, now play a note and you’ll notice the pitch following the envelope’s shape. Seriously follow the line as it’s going up just, don’t break your screen out of pure hype. Delay, just as the name implies brings in the envelope with after the initial hit of the key and the other knobs sculpt the envelope’s shape itself. Envelopes can be modulated just like any other function in Massive just with a simple click-drag.

LFOs though I don’t think are worth covering; they’re really that simple. Just click drag and adjust.

In the third and final part coming tomorrow, Jonno will be showing us how to mess with the macro and voicing functions.