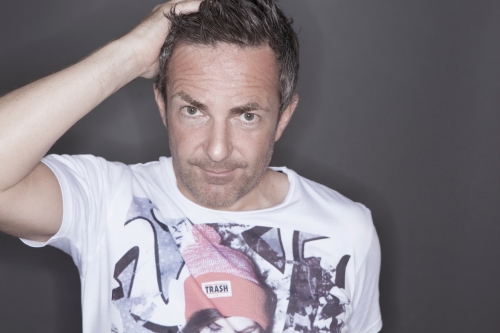 Got 5 minutes for a chat? Dylan Rhymes

From original member of Peace Division, too genre defining tech-funk leader, with a touch of Smirnoff ad campaigns thrown in for good measure. Dylan Rhymes has always stood out on his own, his production technique and original sound a testament to his work ethic and underground roots. Fat basslines, even fatter drums are his trademark. I’ve learnt so much from him over the years, he’s a genuine master of his art and a super nice guy to boot. One last thing, his real name is Marvin Beaver!

Give us a bit of background on yourself, how did you get into making music?

I initially started messing around with turntables and drum machines, mixing vinyl over the top of programmed beats on my Roland TR808 back in 1987. Shortly after this a friend of mine had a small studio setup at his house and I started writing some music with him. Then in 1988 he left the country, so I bought the lot from him and started writing solo while I was teaching myself how to program the synths, sequencer and drum machines.

What’s you current studio set up?

All in the box. A hefty Mac loaded up with all my favourite software and plugins. I also have a Universal Audio 6176 Mic Pre and Neumann U87 microphone for doing vocals.

What about software? what do you tend to go for plugin wise?

My go-to plugins tend to be Cytomic Glue, Massive, Sylenth, Ozone 5, the Soundtoys bundle, SPL Transient Designer and a few of the Waves plugs such as the HDelay, L1 and DeEsser.

What’s your creative working pattern? what’s a normal day in the studio like for you?

I always find starting early never helps, as I don’t tend to get going until later in the day. It’s like the creative juices don’t come until the late hours. I usually get all my emails and office based duties (zzzzzzzzzzz) done in the first part of my day and then aim to get rolling in the afternoon, keep at it until I have a good 32 bar loop of the main guts of a tune together. I work pretty quickly, so 2-4 hours and I would have the main guts of a track going. 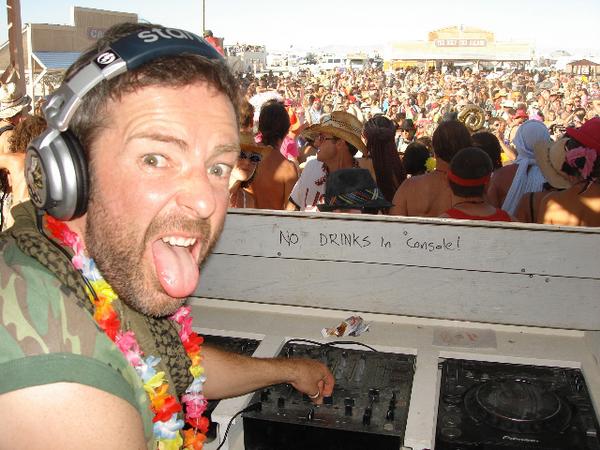 Beaver in the desert….Burning Man

You’ve always been someone i’ve looked up to production wise. Your drum processing has always been top notch through the years, as well as your overall mixing. What’s your current favourite method of drum processing? Is there anything specific you always do every mix to get that Dylan Rhymes sound?

Thank you very much. The drums are always something I have spent a bit of time on, I’m always trying different ideas and techniques out. Reading and watching a lot of online tutorials, trying to pick up new and exciting ways to keep ahead of the curve.

The one thing I try to always achieve is as big a sound as possible, with the least amount of drums. Less is more as they say.

What inspires you musically? Where do you draw influences today?

My taste changes so frequently, but I like to listen to a lot of commercial recordings as there are some amazingly produced records out there today. Occasionally I check out old recordings too. Just recently, I’ve been listening to old out of copyright Jazz and have been amazed at the quality of some of the recordings. I wouldn’t say it was my taste in music, but listening for the production value, I sometimes pick up some cool ideas for writing or mixing.

What you got planned in the future?

For the future, I’ll be picking up the release schedule for Lot 49, which is still going strong and producing different genres for other outlets such as Sky TV and more sync based projects.

You run Lot49 with Meat Katie, any artists we should be keeping an eye out for?

We have an amazing schedule of releases ahead. Some fantastic new music from Chevy One, Beat Tempest, Metha and stalwarts of the label are coming good with some cracking music that spans the genres like we do at Lot 49 HQ.

You can only have one compressor, EQ and reverb, what would they be?

Compressor would probably be Cytomic Glue, EQ would be a difficult one as they all do different jobs so well, but I would probably go for the Waves Linear Phase EQ. Reverb, once again, would be difficult to pin to just one, but I’d have to say the good all rounder that works for me is the Lexicon PCM.