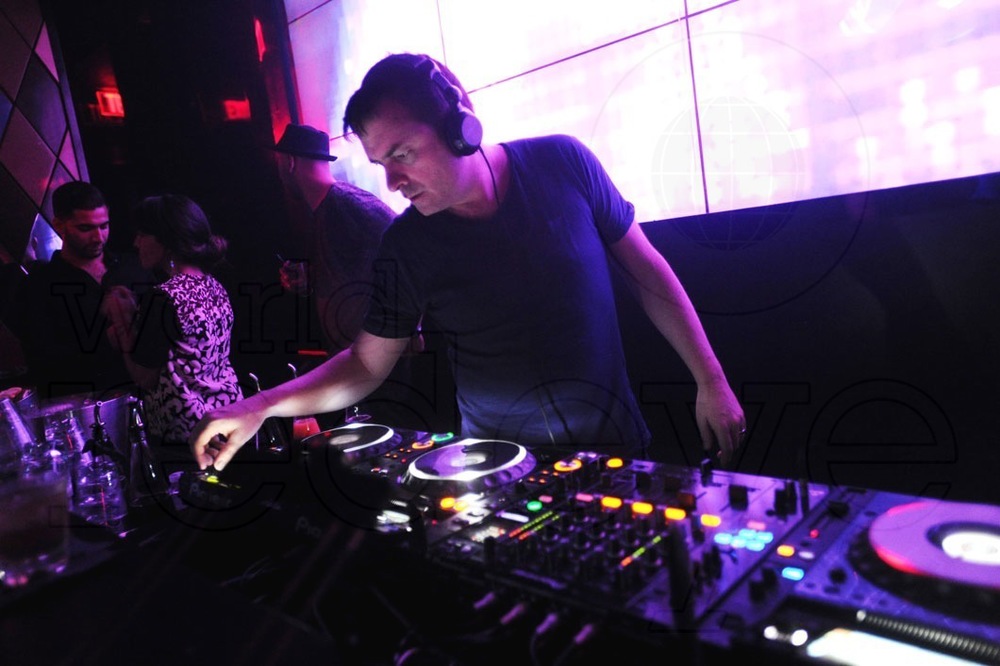 Got 5 minutes for a chat? – Ivan Gough

Doing the business at WALL, Miami Beach earlier this year.

If there was such a thing as dance music royalty here in Australia, then Ivan Gough would be the king! From underground club tracks supported by the likes of Sasha to double platinum chart hits, winning ARIA’s and Grammy nominations, he’s been there, seen it and got the badge…I rate this man’s production skills very highly, and I’m honoured that he took the time to answer some questions and be the very first interview on the site.

Over to Mr Gough…

Give us a brief rundown of your current set up.

Currently I’m using Logic Pro X, Ableton, and FL Studio software with a Universal Audio Apollo interface into ADAM s3a speakers. I also have various bits of other kit like a Moog Voyager, Korg MS2000, Pulse Plus rack synth, and other things.

Are you a hardware fan, love those flashing lights?

I love hardware for some things, so yeah! Like my Minimoog for bass and leads. No plugin quite gets the warm sound of the Hardware. Also I couldn’t live without my Purple MC-77 compressor for vocals. Going in to my Apollo, it just compresses the super loud stuff without too many artifacts.

What projects you currently working on?

I am working on a load of original tracks, with an older housey sound and stuff. Plus I am working with several other singers and DJ’s on their tracks. Next up will be a more experimental project with a new singer I’ve found!

I love the stuff you’ve been doing with JEBU, how does that relationship work in the studio?

Jeremy (JEBU) is the most talented producer I’ve met for his age. He works fast, and knows how to get a big sound on the tracks. He also listens when I’m barking at him! He will go a long way…

When I listen to your tracks the production values are just so high, everything between 200-800hz is so well defined, espeically the drums and percussion. Do you try to achieve that clarity towards the end of the writing process or do you mix as you go? Also, what processing do you tend to use on drums?

I like to try to find good clean drum sounds to use. If the sound is over processed, or has crap on it like room noise or distortion, it just makes it harder to sit in the mix. Then I usually mix roughly as I’m producing, then tweak the final mix at the end. Space is very important, so I aim for less sounds overall.

You definitely have your own unique mixing style, how did you come up with your current mixing philosphy? Do you have days when you experiment with mixing techniques?

I’m always looking for better ways to do things, but with that said I definately have a “sound”. I suppose I’m after a good vibe, rather than a cleaner, but less vibey mix. So I tend to slam things pretty hard, but use less instruments to keep the mix less messy. I have learnt everything myself over years of work, but I always keep looking for new tips and tricks to get better. You never stop learning!

You have an amazing knack of creating an interesting sense of space in your tracks, could you give us a quick rundown of some of the tricks you use?

Like I said earlier I aim for clean sounds and less instruments. Then I’ll go for plugs to add some magic like iZotope Alloy/Trash, the UAD EQ’s and comps, the Waves JJP and Maserati stuff. Also I love the IK classik reverbs, as they add “expensiveness” to the sounds. Also the pan pot helps a lot, as does keeping your drums and bass mono and synths stereo. 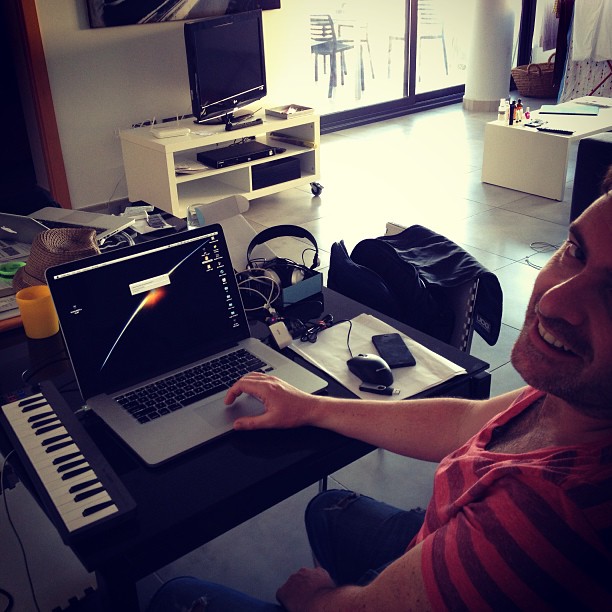 There’s no internet and you can only have one EQ, one compressor and one reverb plugin what are they?  )

Could you give the readers one studio tip please?